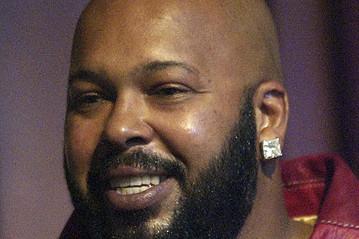 Singer Michel’le has filed child support charges against her Ex-husband Marion Suge Knight, reports the Wall Street Journal. Michel’le is asking for $40,476 in three-months of unpaid court-ordered spousal and child support.  In addition to the $40,476, she is asking that she receive $13,492 in child support each month for her child Balei, whom she had with the former head of Death Row records seven years ago. In 1997, Toussaint “agreed to marry Knight while he was serving a prison sentence for assault and battery.” Soon after Bailei’s birth in 2002, her  relationship with Suge Knight ended.

In the coming months, Michel’le will be  heading to bankruptcy court since Suge is believed to be bankrupt; Suge filed for bankruptcy three years ago.

Michel’le also has another son named Marcel, with whom she had with rapper/producer Dr. Dre.

B IS FOR BOB: ZIGGY MARLEY'S SECOND CHILDREN'S ALBUM

SWIZZ BEATZ BATTLES IT OUT WITH MASHONDA

SWIZZ BEATZ BATTLES IT OUT WITH MASHONDA