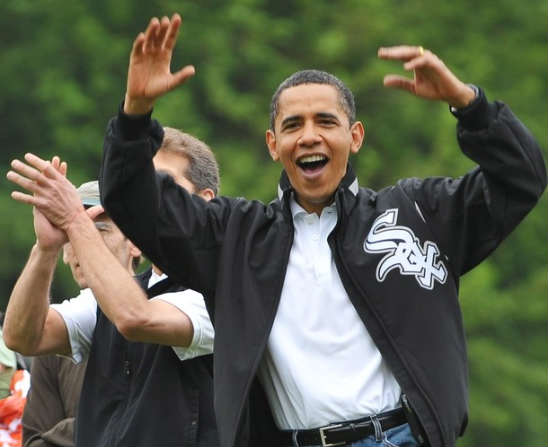 When asked recently in an interview with Newsweek magazine about whether or not his daughters have adjusted to their new found fame, President Barack Obama was quoted as saying:

“You know, the nice thing is that, partly because of temperament, partly because of Michelle’s unbelievable parenting skills, I’ve just got some happy, normal kids,” President Obama says about daughters Sasha and Malia. “And all that stuff that’s going on around them, they just kind of miss. We have not seen any effects, any fishbowl effects, yet on them.”

“Now, I worry about them when they’re teenagers where, you know, you’re already embarrassed about your parents and even more embarrassed on TV all the time,” he tells Newsweek. “And dating I think will be an issue because I have men with guns surrounding them at all times [laughter], which I’m perfectly happy with, but they may feel differently about it.”

ON SET WITH RAPPER ROCKO DA DON, SINGER MONICA AND THEIR BOYS

ON SET WITH RAPPER ROCKO DA DON, SINGER MONICA AND THEIR BOYS