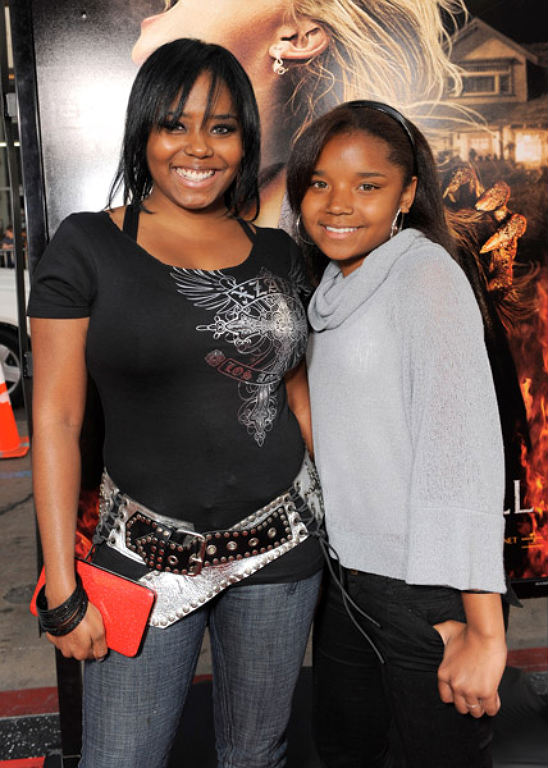 Actress Shar Jackson and her daughter Cassie attended the Los Angeles premiere of “Drag Me To Hell” at Grauman’s Chinese Theatre on May 12, 2009 in Hollywood, California. Shar Jackson has four children in all:  She has two children with her former high school boyfriend – a son, Donnie, born in 1993, and daughter, Cassie, born in 1995; two children with Britney Spears’ ex, Kevin Federlin, Federline – a daughter, Kori, born July 31, 2002, and a son, Kaleb, born July 20, 2004.