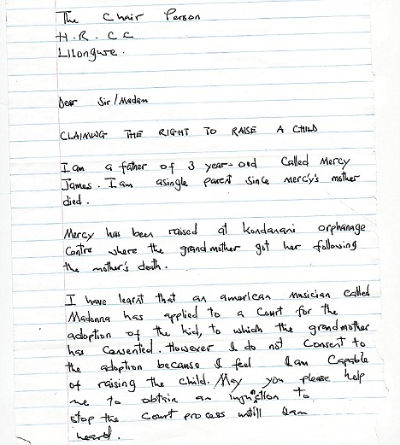 24 Year-old James Kambewa wants to halt pop star Madonna’s adoption proceedings. The father of three-year-old Mercy James has never met his daughter but insists that he can care for the toddler girl on a $34 a month salary as a security guard.  James says that he wants to protect his daughter from a life of “scandal” with a woman who lacks “good morals” so he has written a letter to lawyers asking for a permanent injunction against Madonna adopting Mercy James. 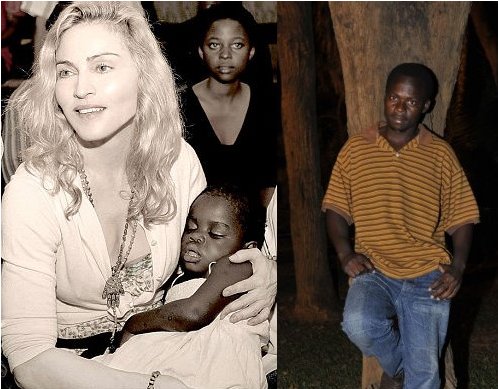 “I have learnt that an American musician called Madonna has applied to a court for the adoption of the kid, to which the grandmother has consented. However, I do not consent to the adoption because I feel I am capable of raising the child. May you please help me to obtain an injunction to stop the court process until I am heard.”

“Madonna has millions of dollars but that doesn’t make her a good mum. Parental love is more than money.”

He added: “Besides, I don’t think Madonna is a model mum. I have seen her in movies of her songs. She doesn’t portray good morals.”

“How can a woman of 50 dance almost naked on stage? I wouldn’t want my daughter to grow up like that! In Malawi women respect themselves. Cultured women do not go about half-naked.”

“I also heard after her marriage failed she is already seeing two men, both very younger than her and her ex-husband.”

“I hear one of them is even less than half her age. That’s scandalous. How can a normal woman fall for a boy who can as well be her son? No, spare my Mercy that scandal.”

A court has already denied Madonna, 50, the chance to adopt Mercy, but she is said to be ‘ confident’ of overturning