Home » Maternity » Baby Yearns » BEYONCE: I PRAY TO HAVE A GOOD RELATIONSHIP WITH MY “DAUGHTER”

BEYONCE: I PRAY TO HAVE A GOOD RELATIONSHIP WITH MY “DAUGHTER”

by BCK staff
in Baby Yearns, NEWS
0
1
VIEWS
Share on FacebookShare on TwitterShare on LinkedinShare on Whatsapp 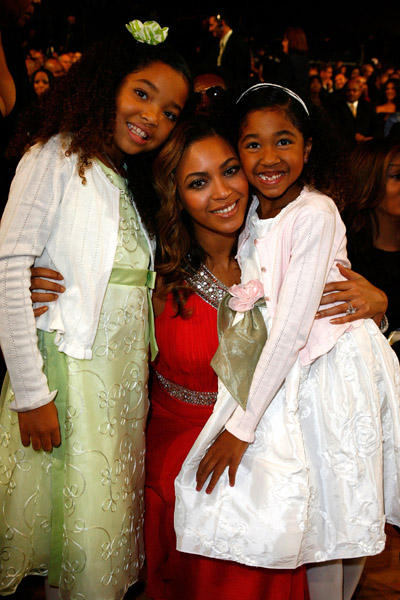 Singer Beyonce is heating up the movie screens with her new film “Obsessed” . The singer/actress recently sat down with Larry King to discuss her new film, her music, as well as her life and career.

In the film Obsessed, Beyonce plays the role of a mother and a wife. In real life, Beyonce is married (to rap mogul JayZ) with no children, but she hopes to one day be a mother.

She tells Larry King, “I have the best mother in the world and my mother is literally my best friend.  I respect her  so much.. Of course I want to be a mother and i only pray that my relationship with my daughter is like the relationship i have with my mother.”

But the  award-winning star is in no rush to have kids right now: “I do feel like i have so many things to accomplish. ”

So what more does the 27-year-old hope to accomplish? She wants to be a Broadway star!

“It’s my ideal job,” Knowles told Reuters, while promoting “Obsessed,” in which she plays a wife who takes on her husband’s stalker.

“I’ll be able to go to the theater every day and drop my kids off and maybe make some food — maybe I’ll know how to cook by then — and then go do what I love and have some normalcy and have a regular schedule.”