MALAWI GRANTS MADONNA AN APPEAL(Poll inside) 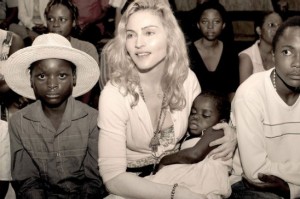 On May 4, 2009, Madonna will get a chance to appeal the ruling that denied her permission to adopt 4-year-old Mercy Chifundo James. Madonna’s Malawian lawyer, Alan Chinula, said he is hopeful that the appeal will work in Madonna’s favor.

“We believe the lower court judge erred by basing her judgment on an archaic law of over 50 years ago,” Chinula said.

This month Malawi’s High Court ruled that Madonna could not adopt Mercy since the singer has not lived in the southern African nation for the last 18 months, as Malawi’s adoption law requires. Back in 2006, Madonna was able to adopt her three-year-old son David because the residency rule was waived.

Madonna recently told a newspaper in Malawi that she wants to provide Mercy with a “loving environment.”

“I want to provide Mercy with a home, a loving family environment and the best education and health care possible,” Madonna said in an e-mail to The Nation, a Malawian newspaper. “And it’s my hope that she, like David, will one day return to Malawi and help the people of their country.”

TIA MOWRY IS "SO READY" TO HAVE KIDS

TIA MOWRY IS "SO READY" TO HAVE KIDS