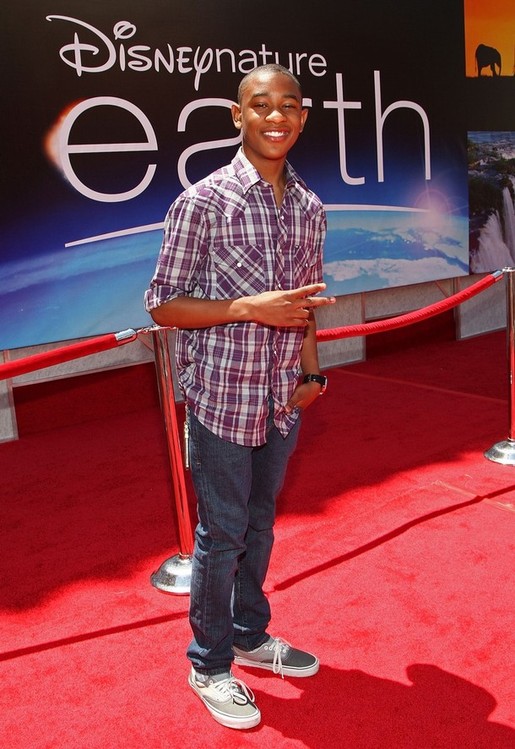 Actor Justin Martin,14, attended the premiere of Disneynature’s “Earth” on April 18, 2009 in Hollywood, Califronia. Justin Martin’s most recent role was in High School Musical 3:Senior year. Justin will be starring in movie The Soloist as young Nathaniel Ayers(played by actor Jamie Foxx) in theaters this Friday.

“Earth” is the first film in DisneyNature series. The movie is supposed to show “the beauty and drama of nature” and to “raise awareness of the many ways that everyone and anyone can do their part to help our planet.”  “Earth” opens in theaters on Wednesday, which happens to be Earth Day.