CONFIRMED: HEIDI AND SEAL ARE EXPECTING THEIR FOURTH CHILD 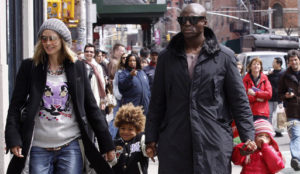 Via UsWeekly:
Seal confirmed his wife Heidi Klum is expecting at a New York City concert.

“I mean, Heidi is doing all the work,” continued the Grammy-winning artist before breaking into a cover of “A Change Is Gonna Come.”

Klum cheered on her husband from the sixth row of the Radio City Music Hall show. She was joined by her kids, Leni (with Italian businessman Flavio Briatore), Henry Gunter, 3, and Johan Riley, 2.

WHAT DO YOU WANT TO BE WHEN YOU GROW UP?