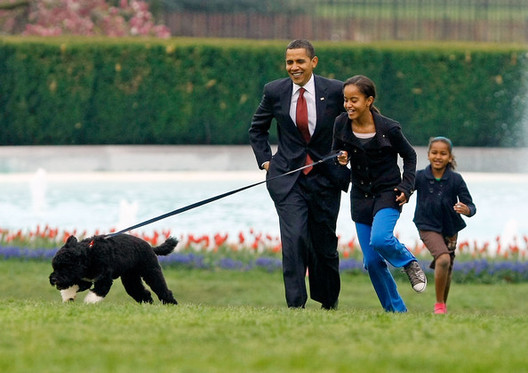 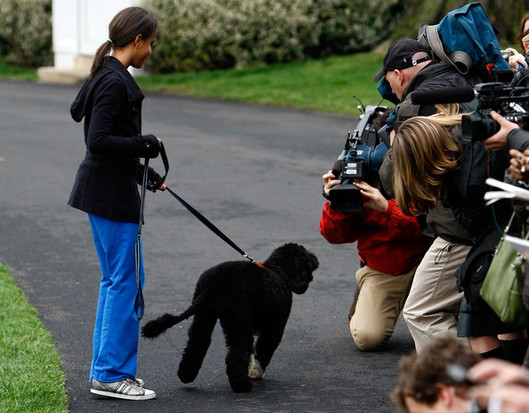 Six-month old Portuguese Water Dog, Bo Obama, made his White House debut yesterday afternoon(April 15th).  A swarm of reporters and photographers anxiously awaited for Bo’s entrance on the South Lawn of the White House. Each member of the Obama family took turns telling the reporters a little bit about Bo.

The president started off by saying, “Here he is, the newest addition to the family.” Several questions were then posed to the first family. Reporters wanted to know, for example, who would be walking the dog, to which the president responded, “We all have to take turns in walking the dog.”  President Obama later said, “We’re very pleased with Bo.”

So how do the girls feel about their new dog?

Sasha, “He doesn’t know how to swim!” 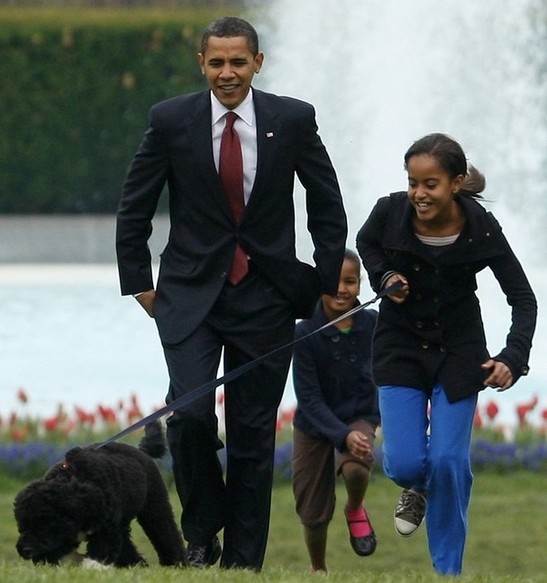 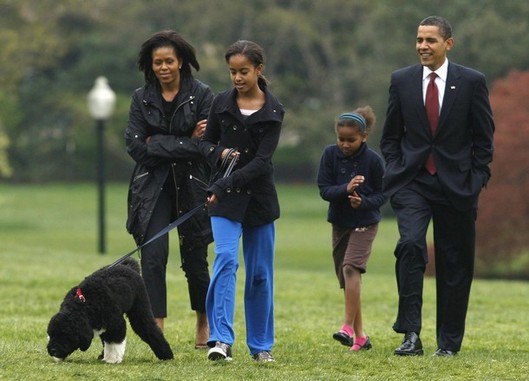 Eddie Murphy and ex-wife Nicole Mitchell Murphy have a graduate on their hands! Nicole took...

Hill Harper has come under fire after referring to Dwyane Wade's daughter, Zaya Wade, as...

Dwyane Wade and Gabrielle Union are in celebration mode. The couple's daughter, Zaya Wade, is...

As a father of three, rapper Ludacris knows how deadly the coronavirus can be to...