DR DRE AND DAUGHTER TAKE IN A LAKERS GAME 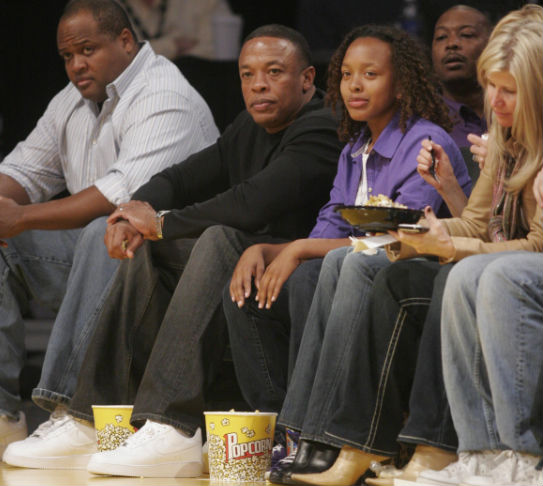 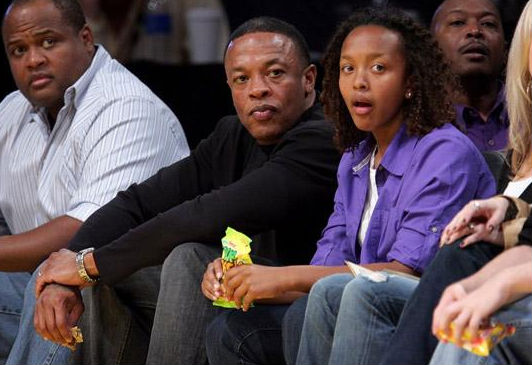 Rapper/Producer Dr. Dre, a.k.a Andre Romell Young, and his daughter attended the Los Angeles Lakers versus Denver Nuggets game at Staples Center on April 9, 2009 in Los Angeles, California. Wireimage claims that the picture shows Dr. Dre and his daughter Truly. BCK, however, does not believe that is Truly as Truly is about  eight/nine years old.