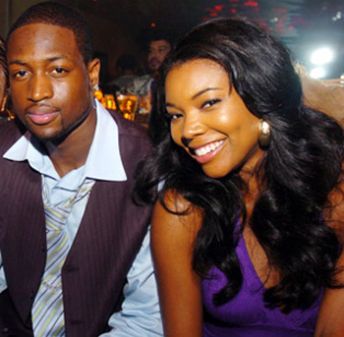 Rumors on the web are claiming that actress Gabrielle Union is pregnant with Dwayne Wade’s baby. The rumors commenced after The Chicago SunTimes made a declaration on April 7th saying, “NBA star Dwyane Wade is telling pals he and girlfriend Gabrielle Union are expecting their first child together.”(Source)
They then retracted their statement yesterday(April 8th) and said, “Maybe a few of Dwyane Wade’s teammates were pulling a belated April’s Fool joke on him, but Wade’s Chicago-based sports agent Henry I. Thomas insists there’s no truth to stories circulating about the NBA star telling people Gabrielle Union is expecting his baby.”(Source)

Whatever the story may be, only time will tell.

LIL WAYNE:THE MOTHERS OF MY KIDS ARE GREAT!

IT'S JOHAN! AND HENRY, TOO

IT'S JOHAN! AND HENRY, TOO