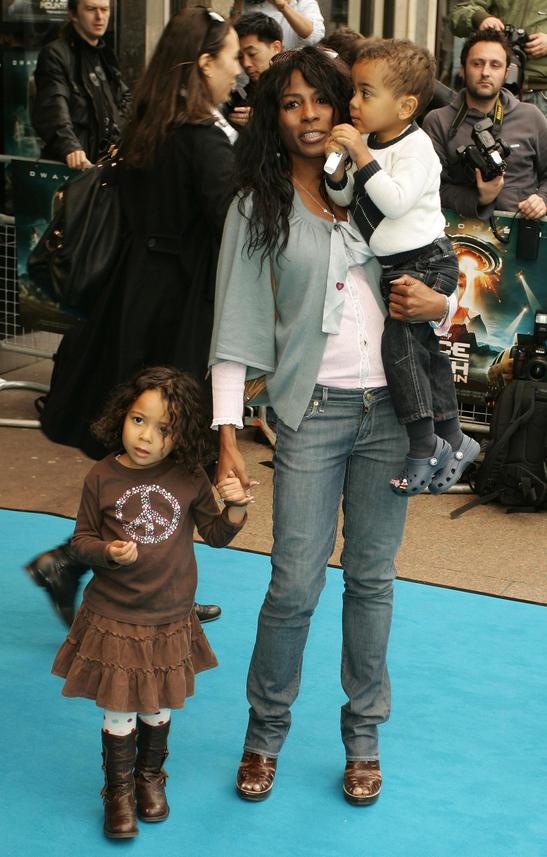 British singer Sinitta and her two children Magdalena,4, and Zac,2, attended the UK film premiere of ‘Race To Witch Mountain’ at the Odeon West End on April 5, 2009 in London, England. Sinitta a.k.a Sinitta Renet Malone is an actress and singer who has lived in the United Kingdom most of her career. She is famed for her hit records in the 1980s including “So Macho”, “Toy Boy”, “Cross My Broken Heart” and “Right Back Where We Started From”, and her close relationship with[American Idol judge] Simon Cowell Wikipedia

EXCLUSIVE:YUNG JOC AND KIDS POSE FOR THE CAMERA