DAVID MEETS HIS BIOLOGICAL FATHER BUT DOESN’T RECOGNIZE HIM 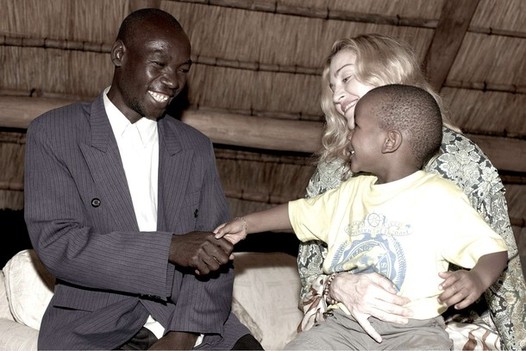 Pop star Madonna and her entire family are in Malawi while she finalizes her plans to adopt a Malawian girl named Mercy James. Meanwhile, the singer took her son David Banda-Ritchie,3, to visit his biological father Yohane Banda (L) on Monday. Upon meeting his biological father for the first time since being adopted in 2006, David did not recognize his dad.

Yohane recounts his visit with his son David Banda-Ritchie, as reported by the DailyMail:

‘He asked me whether I ride horses,’ Mr Banda said . ‘I told him horses are for the rich and he asked me why I am poor. He told me his mum likes riding horses and that he too rides horses.’

But the peasant farmer, who gave David up for adoption when his wife died weeks after childbirth, revealed his son did not recognise him.

‘He asked me who I was,’ Yohane said after the scheduled meeting.

‘When I told him “I am your daddy” he looked surprised.

‘It’s amazing how David has grown; I can’t believe he is the same small and sickly baby we left at Home of Hope.

‘He seems to be a polite boy for he asked if he could sit on my lap. Then he started playing with my nose; I don’t know why.

‘He is quite chatty and intelligent. He asked me lots of questions about lots of things.

‘He told me a story when one day he and his brother, Rocco, rode horses and fell. He told me his mum spanked him because they are not supposed to ride horses on their own.’ 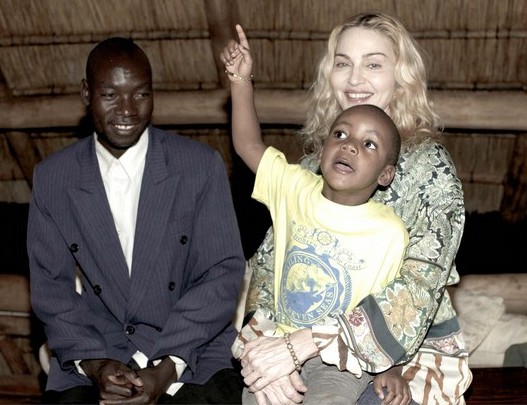 ‘He told me his mum plays music and asked me what I do for life,’ he said.

‘I told him I was a farmer. He asked what a farmer does and I explained to him that we use hoes to till the land.

Yohane adds, ‘I sometimes shudder to think that David could also have met the same fate had Madonna not adopted him. I am really grateful to her for saving David from possible early death.’

Madonna and her two other children Rocco, 8, and Lourdes, 12, also met briefly with Yohane.