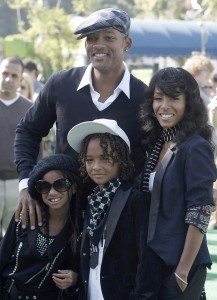 According to various sources, actress Jada Pinkett Smith is planning to open a high school. Jada, who has two children with actor Will Smith, 10-year-old Jaden and eight-year-old Willow, says that she wants to build a companion to the elementary school she and Will Smith have already opened.

Last year, Will and Jada launched the New Village Leadership Academy, an elementary school in California for pre-kindergarten through sixth grade. Will has said in past interviews that he and Jada opened the elementary school after developing a home school program for their two children.

“We started home-schooling our children probably six years ago,” he said. “We found about eight or nine other parents that home-school, so we put them together. … There’s just very powerful educational concepts that we believe in, and we feel like ‘I want to design the system that revolutionizes public education.’ ” (People.com)

A DOUBLE TAKE:TYRESE AND DAUGHTER SHAYLA