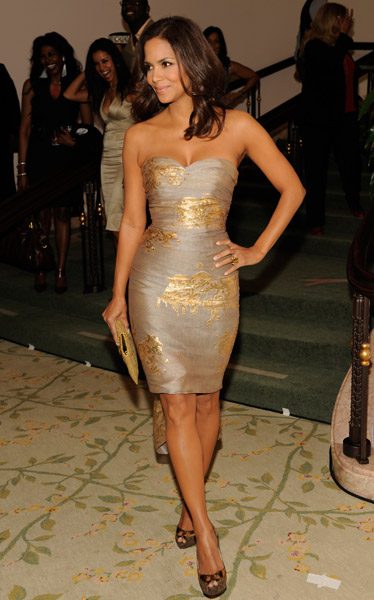 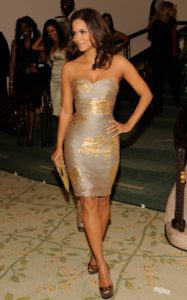 Imagine having to do a magazine cover shoot for the “Sexiest Woman Alive” shortly after giving birth to your first child.  For actress Halle Berry, this scenario became a reality when just a few weeks after giving birth to her first child Nahla Aubry, she had to start training for Esquire’s 2008 Sexiest Woman Alive cover shoot.  In the  March/April 2009 issue of VIVmag, fitness trainer Ramona  Braganza reveals the  celebrity mom’s post-baby workout plan.

On Berry’s workout regime:
“I started gently training Halle a few weeks after she had her daughter, as she wanted to get back to a healthy weight. That was our initial goal, but a second reason surfaced when she was voted Esquire’s Sexiest Woman Alive. Neither of us could believe it — of all years to be chosen! We had four months to prepare for the photo shoot, but Halle’s first priority was her child. She didn’t want to do anything unhealthy or extreme. We focused on her legs and arms with a goal of toning overall and dropping some pounds.”

On the outcome:
“She lost most of her baby weight and did the shoot with sculpted lean arms and sizzling hot legs! She dropped weight consistently (2 lbs a week over twelve weeks), which was also thanks to her healthy eating habits.”

On her diet:
“Halle likes to eat foods made fresh in her home, which is a perfect way to control the ingredients. Each meal is prepared simply with lean proteins, lots of vegetables and complex carbohydrates. Being diabetic, she stays away from refined sugars, alcohol, and fruit juices. Instead she preferes to eat fruit and drink lots of water.”

GET YOUR ORIGINAL PREGNANT BELLY ON DISPLAY

A WALK WITH HUGH AND OSCAR

A WALK WITH HUGH AND OSCAR