SPIKE LEE: “11 YEARS OLD IS NOT TOO YOUNG…” TO BOYCOTT 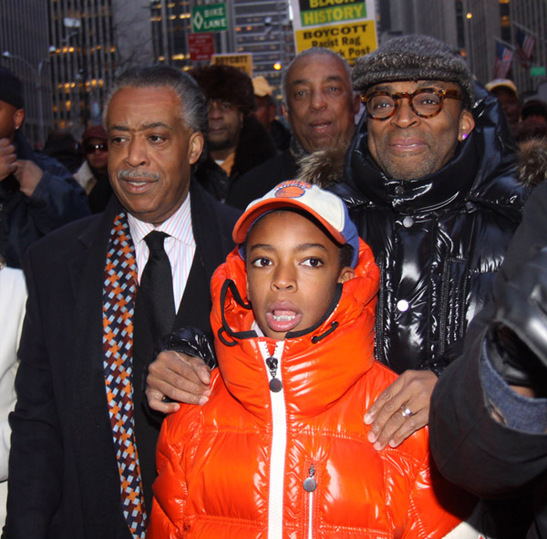 Film Director Spike Lee was joined by his 11-year-old son Jackson and a number of protesters as they stood outside of the New York Post building on February 20th, 2009 in Manhattan. The crowd of more than 300, including the Reverend Al Sharpton, protested against a cartoon published by the NyPost, a cartoon that has been slandered as being racially insensitive to African Americans. Moreover, the cartoon has also been described as depicting President Barack Obama as Chimpanzee.

Spike said that he was happy to bring his son Jackson to the boycott because “11 years old is not too young to know what’s happening in the world”. See more pictures… 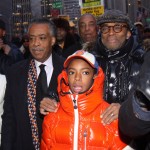 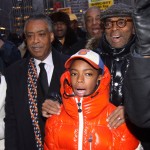 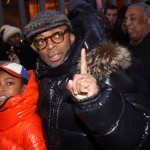 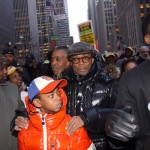