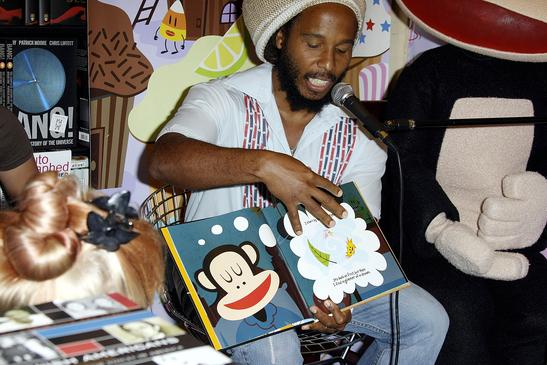 Ziggy Marley,the son of the legendary Bob Marley, is set to release his third solo album, Family Time, due on May 5. The children’s album will feature Rita Marley (Ziggy’s mother), Cedella Marley (sister), Judah Marley (Ziggy’s daughter), and a number of other artists.Ziggy, who has starred in a number of children’s programming including Nick Jr.’s “Dora the Explorer,” the PBS children’s show “Arthur,” and Shark Tale, says that this is an important project for him:

“Growing up music was an important part of my childhood,” Marley says. “I see it being just as important in my children and all children’s growth and development. Music helps children to grow with open minds and open hearts and this is my message. This record represents my daily family life and is inspired by my three-year-old daughter Judah and baby Gideon. It was a joy to make and opened up new avenues in my creativity. Family Time is for all families and especially the world family.”

Ziggy has five children in all.