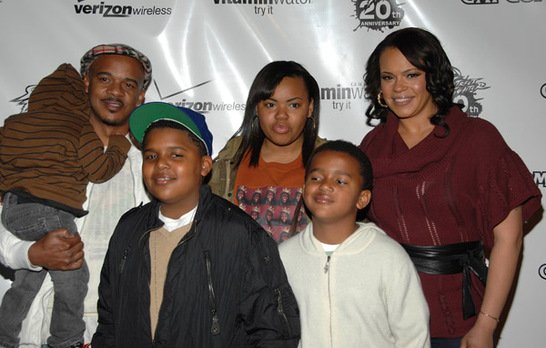 Christopher Wallace Jr. a.k.a Biggie jr, stars in the film about his father titled “Notorious”. 12-year-old Christopher was just a baby when his father was fatally shot in 1997.

FIRST FAMILY BACK FROM VALENTINE'S WEEKEND IN CHICAGO