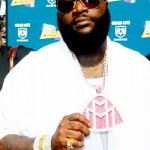 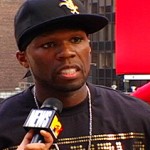 Rapper 50 Cent has hit below the belt in his latest feud with Miami rapper Rick Ross.  The rap mogul claims that his industry mate , Rick Ross, is a “deadbeat dad”.  In addition, 50 claims to have purchased court transcripts from Rick Ross’ child-support case which show that the Miami rapper’s income is “$200,000 a year and the jewelry he wears isn’t real.”  Just last week, 50 flew Tia Kemp, the mother involved in Rick Ross’ child support case, to New York for an interview and a shopping spree.  After spending the day with Tia, 50 claims to have been “surprised” to learn that that Rick Ross repossessed a truck that Tia had been using to take her kids to school.

In response to all the allegations, Rick Ross’ attorney, Allan Zamren, released a statement last week to contradict 50’s statements: “Mr. Ross is currently involved in a child support/ paternity case with a woman who is claiming he is the father of a 3-year-old male child,” the statement read. “There are statements being made alleging Mr. Ross is the father of this child but not taking care of the child financially or otherwise; that is absolutely not true. As a matter of fact and for the record, every month on or about the first of the month, Mr. Ross pays a substantial amount of money, in excess of state of Florida child-support guidelines to this child’s mother for the support of the child.”

In response to the “truck” in question, Zamren responds,

“A motion to return the motor vehicle that has been the subject on various Internet Web sites was provided to the mother prior to 2009 for various reasons, including but not limited to being charged for aggravated battery, battery and contributing to the delinquency of a minor when the mother used the vehicle as a deadly weapon,” Ross’ attorney stated. “The mother failed to put the child in a car seat and purposely drove the vehicle into another while the young child was in the car.”