Home » NEWS: A LIFE OF CRIME FOR BOYS WITH UNPOPULAR NAMES?

NEWS: A LIFE OF CRIME FOR BOYS WITH UNPOPULAR NAMES? 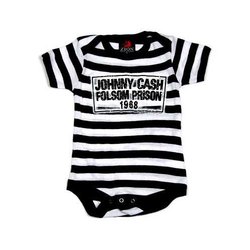 According to new research published in journal Social Science Quarterly, boys in the United States with unpopular names are more likely to commit crimes. Via Yahoo:David E. Kalist and Daniel Y. Lee of Shippensburg University in Pennsylvania compared the first names of male juvenile delinquents to the first names of male juveniles in the population. The researchers constructed a popularity-name index (PNI) for each name. For example, the PNI for Michael is 100, the most frequently given name during the period. The PNI for David is 50, a name given half as frequently as Michael. The PNI is approximately 1 for names such as Alec, Ernest, Ivan, Kareem, and Malcolm.Results show that, regardless of race, juveniles with unpopular names are more likely to engage in criminal activity. The least popular names were associated with juvenile delinquency among both blacks and whites.

While the names are likely not the cause of crime, the researchers argue that “they are connected to factors that increase the tendency to commit crime, such as a disadvantaged home environment, residence in a county with low socioeconomic status, and households run by one parent.”

“Also, adolescents with unpopular names may be more prone to crime because they are treated differently by their peers, making it more difficult for them to form relationships,” according to a statement released by the journal’s publisher. “Juveniles with unpopular names may also act out because they consciously or unconsciously dislike their names.”

The findings could help officials ” identify individuals at high risk of committing or recommitting crime, leading to more effective and targeted intervention programs,” the authors conclude

BCK Says: What do you think? Do some of these celebrities whose kids names are rather interesting have anything to worry about?