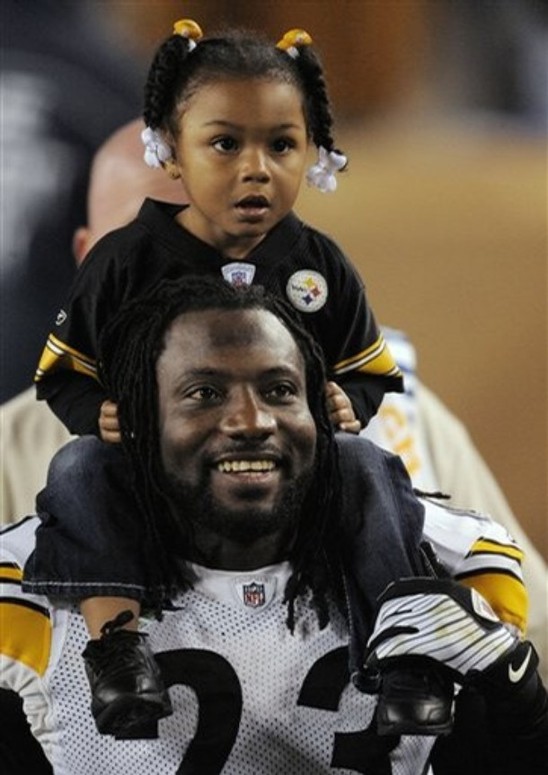 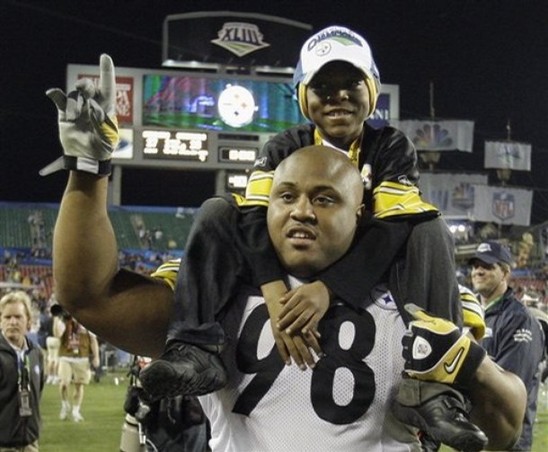 Pittsburgh Steelers’ tackle Casey Hampton celebrated with his son Casey on his shoulder after the Steelers beat the Arizona Cardinals on Sunday, Feb. 1, 2009. Casey is married his longtime girlfriend and mother of his son in July 2007.
See one more picture… 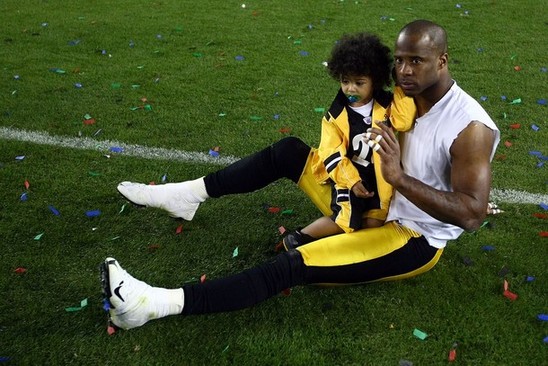 TAMPA, FL – FEBRUARY 01: Defensive back Ike Taylor #24 of the Pittsburgh Steelers relaxed on the field with his son on the Steelers’ 27-23 win against the Arizona Cardinals during Super Bowl XLIII on February 1, 2009.
(Photo by Chris McGrath/AP Photo)