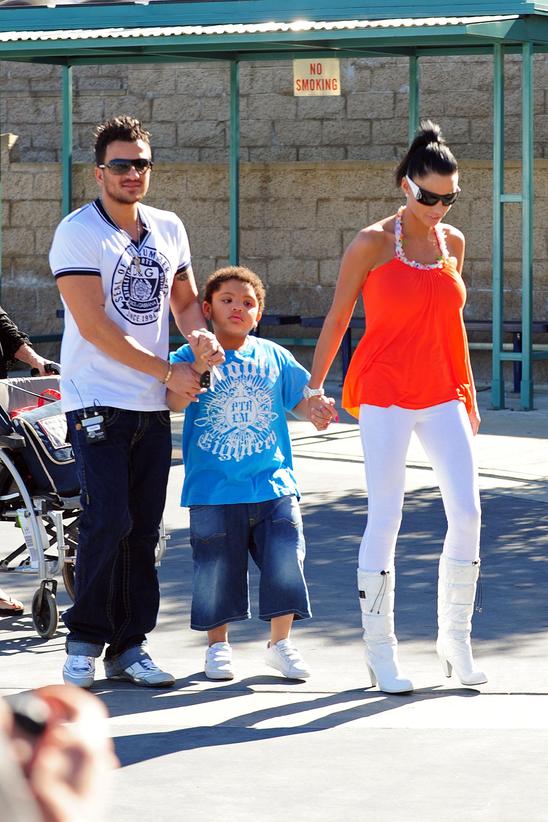 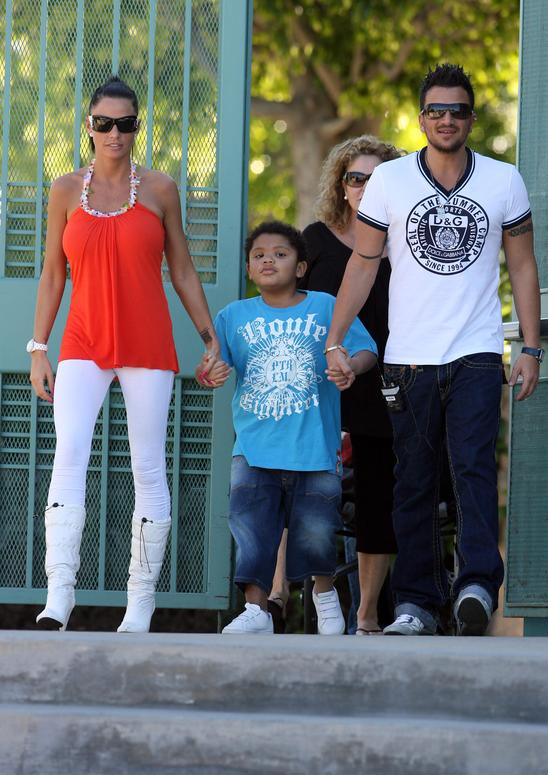 Harvey struggles with multiple ailments, including autism, impaired vision, a hormone deficiency disorder, and septo-optic dysplasia, which pretty much means that he is blind.

WHAT IS SEPTO-OPTIC DYSPLASIA?
Septo-optic dysplasia (SOD) is a rare disorder characterized by abnormal development of the optic disk, pituitary deficiencies, and often absence of the septum pellucidum (the part of the brain that separates the anterior horns or the lateral ventricles of the brain). Symptoms may include blindness in one or both eyes, pupil dilation in response to light,a rapid involuntary to-and-fro movement of the eyes, inward and outward deviation of the eyes, hypotonia (low muscle tone), and hormonal problems(source)
Bauergriffin Online/Splashnews
Post Views: 381
ShareTweetShareSend
Previous Post

CANDIDS WITH DAVID BANDA-RITCHIE AND MADONNA

CANDIDS WITH DAVID BANDA-RITCHIE AND MADONNA