STEELERS’ HARRISON SHOWS HIS SOFTER SIDE 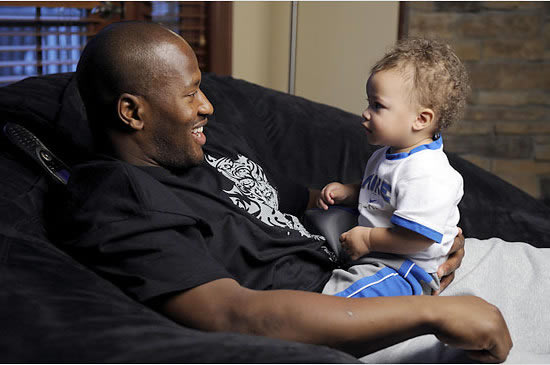 On the field, NFL’s Defensive Player of the Year, James Harrison, is an “intense”, “no-nonsense” kind of guy. Off the field, James has also been described as being a bit  “intense”.   Just last year, he was arrested for assaulting his girlfriend and mother of his son; the charges were later dropped because Harrison agreed to attend anger management classes. It would seem that James’ personality is the same  on and off the field, except when he is playing with his 1-year-old son, James Harrison III.

BCK Says:Congrats to the Steelers for winning the Super Bowl!