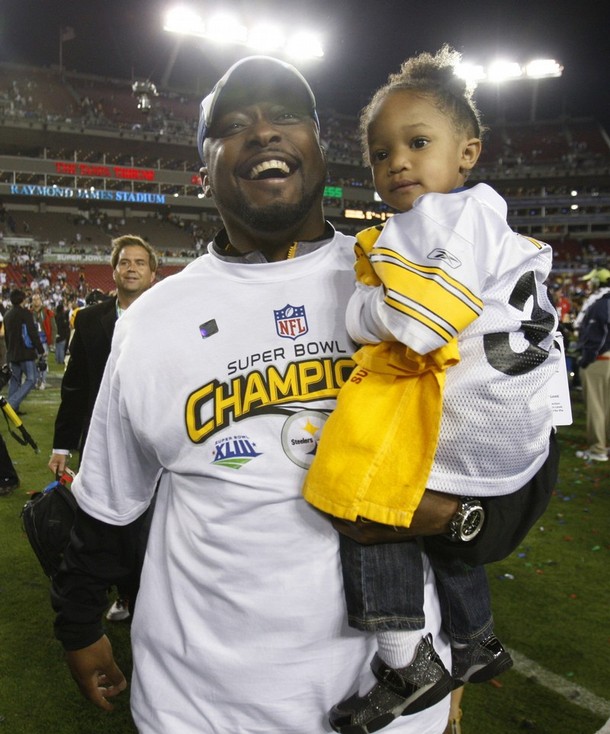 [Click to Enlarge]
Pittsburgh Steelers head coach Mike Tomlin is pictured with his daughter Harlyn, as he left the field after the Steelers defeated the Ariziona Cardinals in the NFL’s Super Bowl XLIII football game in Tampa, Florida, February 1, 2009. Tomlin is the third youngest head coach in any of the four major North American professional sports. He is the tenth African-American head coach in NFL history, and first in Steelers history.Wikipedia Tomlin and his wife Kiya Winston have three other children.