Home » NEWS » LINDA WILLIAMS:MY SON SHOULD NOT BE IN AN ADULT CLUB

LINDA WILLIAMS:MY SON SHOULD NOT BE IN AN ADULT CLUB 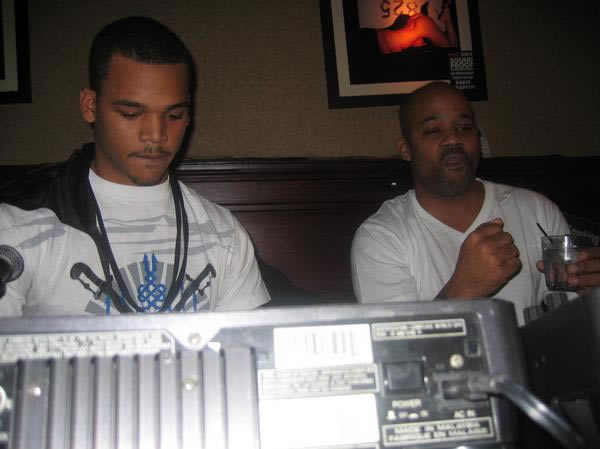 A child should not be in an adult club that serves alcohol. Did anyone even check my son’s ID? His father should stop trying to make a dollar off of him and get him back into high school.

Hip Hop mogul Damon Dash and his ex-girlfriend, Linda Williams, are in the news again. This time Linda is upset that her 17-year-old son Damon “Boogie” Jr. is deejaying in clubs. As told by the NyPost:

Boogie, who had lived with Dash in Manhattan since he was 8, moved to Long Island with his mother last summer, leaving the Upper West Side’s Dwight School to enroll in a school that fielded a football team. But last month, Boogie went back to live with Dash, and Williams now says his father “refuses to enroll him back in school.”

“Out of the blue, my son tells me he wants to live with his father,” Williams told Page Six. “He left here Dec. 2 and hasn’t been in school since.”

A source close to Dash assured us that Boogie will go back to school tomorrow now that the holiday break is over, and that the music impresario has been looking for a school for his son since he moved back in. The insider said, “A woman who had their son taken away years ago has no credibility. Damon was a single father, raising a boy on his own. Linda needs to leave him alone.” Williams had sole custody of her son until Boogie was handed over to Dash in 2002.

Williams originally contacted us last week in response to our report that Dash took their son to The Plumm nightclub to deejay a New Year’s Eve gig.

“A child should not be in an adult club that serves alcohol,” she fumed. “Did anyone even check my son’s ID? His father should stop trying to make a dollar off of him and get him back into high school.”

Williams took Dash to court on Dec. 18, charging educational neglect. The next court date is next week.

“I’m happy for my son that he is pursuing [deejaying] but not at the expense of school,” Williams said.

Both Dash and a lawyer for Dash Jr. had no comment.